The Fact File of Autism

As per research statistics revealed by the Centers for Disease Control and Prevention, USA and different medical surveys organized in the recent times it shows that roughly 1 in every 68 American children have autism spectrum. Thankfully, the research findings also explains that with enhanced awareness among parents and teachers apart from changes in diagnosis and management methods the acuteness of the problem has been reduced. Study report also depicts that Austin is around 5 times more common in boys as against girls. As of today, ASD affects more than 2.5 million individuals in America; emergence of new mechanisms, more advanced therapy methods, management systems and above all, the role played by the federal government in this regard are praiseworthy. 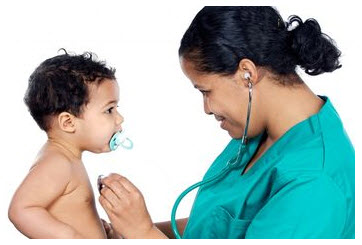 According to the renowned Psychiatrist Dr. Jonathan Lauter, MD, New York that the actual causes of Autism is still unknown. Different research findings report varieties of causes and answers. This has, however, been established that there is no single reason that leads to autism, and secondly the types and intensity of the problem also varies extensively. Importantly, meanwhile varied researches have recognized above 100 risk genes that can cause autism.

Nevertheless, most findings involve both composite and changeable combinations of genetic factors, environmental factors as well as other innate issues that impact on normal development of the brain. The clearest facts of these risk factors involve a series of events before as well as during a child’s birth. These include advanced parental age, mother’s physical complications during pregnancy, negligible birth weight that commonly happens due to premature birth as well as complications during birth. For example, fetus has been deprived of oxygen supply that enriches a baby’s brain.

Commonly found in mother’s having physical problem like sleep apnea that deprives not only the patient but the fetus growing in her womb from getting supply of oxygen. Dr. Jonathan says that normal oxygen supply is imperative for the development of a child’s brain. In addition to this, if mother is exposed to highly hazardous substances, pesticides or polluted air, the child may be at higher risk to have ASD issue. Importantly, all these problems are quite widespread, however, chances of getting affected is completely uncertain.

How it is diagnosed?

Dr. Jonathan Lauter, MD, has been positioned as the Director and Guide Child and Adolescent Psychiatry-Outpatient Clinic, Elmhurst Hospital states that there is no such medical test or procedure that can make diagnosis of autism. Like many other mental health problems found in children and adult, diagnosis of Autism is mainly done considering the symptoms. Sadly, as per the doctor that in many cases, parents’ concern is not taken seriously by pediatrician or by their home physicians also make delay in intervention.

Whereas early involvement as well as commencement of therapy sessions can bring changes in the children, this kind of negligence is not at all desired. Dr. Jonathan holds certification fromAmerican Board as a specialist in Psychiatry and Neurology. He completed his medical degree from Albert Einstein College of Medicine. He is specialized to take care of mental complexities including ADHD/ ADD; Autism; Bipolar disorder/ Depression/ Insomnia/ Sleep Disorder/ Schizophrenia and more